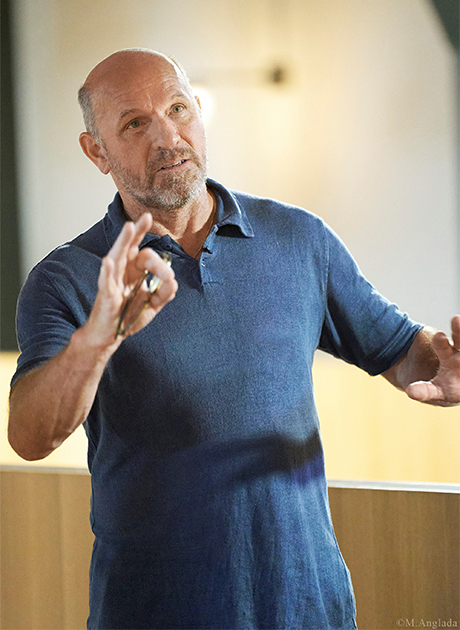 Born in Edinburgh in 1959, Peter Doig grew up in Trinidad and Canada before moving to London to study at St Martin’s School of Art and Chelsea School of Art. An exhibition at Whitechapel Art Gallery in 1991 brought him international recognition. He was subsequently nominated for the Turner prize in 1994, and in 2008 was awarded the Society for Modern Art’s Wolfgang Hahn prize by the Ludwig Museum in Cologne. Since 2002, he has divided his time between London and Trinidad.

Few artists of his generation have done so much to explore the evocative possibilities of painting. Over a career spanning more than three decades, Doig has been the subject of several major museum exhibitions worldwide including surveys at Tate Britain in 2008, the National Gallery of Scotland in 2013, Fondation Beyeler 2015 and the Museum of Modern Art Tokyo in 2020. Peter Doig taught for a number of years, notably at the Academy of Fine Arts in Düsseldorf, where he held a professorship from 2004 to 2017.

Doig relies largely on memory to construct images but he also utilises photographic sources such as his own photographs, films, newspaper cuttings, postcards, tourist brochures and album covers, to construct the underpinnings of compositions for his paintings. He explores the materiality of paint, playing with textures and with pure and mixed shades, using solarisation and halo effects and shifts in focus. His work resists unambiguous interpretation and it always advocates a distance from the subject. The landscapes are flooded in darkness or halos of light and mist, fluttering snowflakes or glimmering stars, tangled webs of branches, reflections in water: there is no descriptive execution in these views.