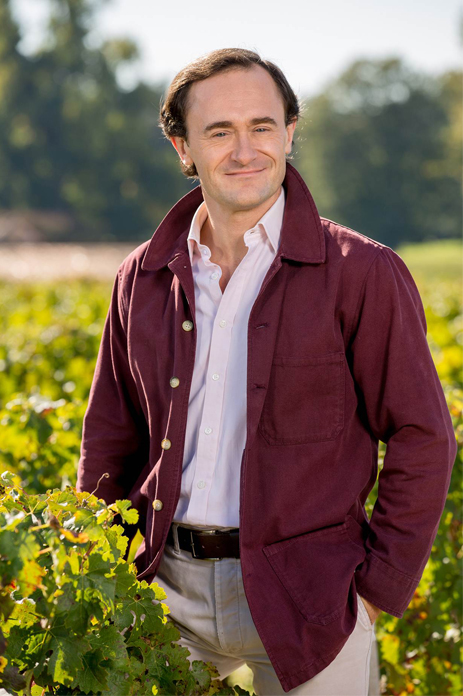 With his brother and sister, Philippe and Camille Sereys de Rothschild, he is co-owner of Château Mouton Rothschild, Château Clerc Milon and Château d’Armailhac and, with his brother, of Domaine de Baronarques. He has been a member of the Supervisory Board of the family company, Baron Philippe de Rothschild SA, since 2001.

After studying art history he worked for Artemis Fine Arts, a Franco-British gallery specialising in Old Master drawings. Having gained valuable experience with them, in 2004 he teamed up with two leading art experts to create Salamander Fine Arts, a dealer in high-quality old prints and drawings. Salamander’s clients soon included international collectors and major museums such as the Louvre and the Metropolitan Museum of Art in New York.

Increasingly taken up by Mouton and the family company, however, he decided in 2009 to devote the bulk of his time to them while continuing to act as an independent broker.

The intimate link between wine and art had been revealed to him as a young child by his grandfather, Baron Philippe de Rothschild (1902-1988). It was in tribute to him that, in 2003,

with Sandrine Herman, he co-authored Mouton Rothschild: The Museum of Wine in Art (Imprimerie Nationale), a richly illustrated reference work on one of the major attractions at Mouton, created by Baron Philippe in 1962.

From the early 2000s, as a member of the Supervisory Board then chaired by his mother (with his uncle Jacques Thierry as vice-chair) and subsequently by his brother, he frequently represented the family company at prestigious events in France and around the world. He is also the family’s official delegate in PFV, an association of major family-owned wine businesses.

In 2007, Baroness Philippine asked him to join her on the committee in charge of the major projects to renovate Château Clerc Milon and Château Mouton Rothschild, magnificently brought to completion in 2013.

Since Baroness Philippine’s death in 2014, Julien de Beaumarchais de Rothschild, with his brother and sister, has sought to perpetuate the same quest for excellence in both Château wines and branded wines, including the famous Mouton Cadet. More specifically, he nurtures and enhances the singular relationship between wine and art at Mouton. Thus, he now has the responsibility, formerly his mother’s prerogative, of choosing and accompanying the artist commissioned each year to illustrate the label for the legendary Château Mouton Rothschild.