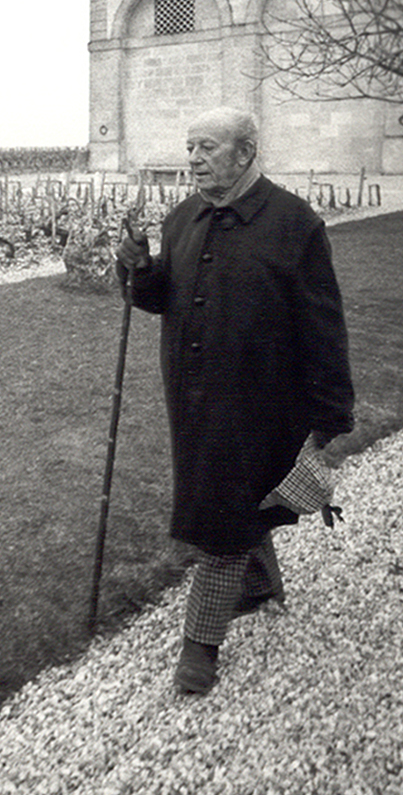 A man of culture and action, Baron Philippe de Rothschild
successfully combined an appreciation of beauty with a practical cast of mind.

When he settled at Château Mouton Rothschild in 1922, having inherited it on his father’s death, candlelight and well-water were still in use. He set about modernising the estate and, at a difficult time for Bordeaux wines, worked passionately and tirelessly to restore their reputation. In 1924, he asserted the role and responsibility of the owners of top growths by bottling his wines at the château.

His first wife having died in Ravensbrück concentration camp, in 1954 he married Pauline Fairfax Potter, an American decorator graced with exceptional taste and talent. Together, they designed a private Museum of Wine in Art which boasts a collection of rare objects from all over the world.

Interested in all art forms and a friend of many artists, after the war Baron Philippe invited painters as prestigious as Georges Braque, Salvador Dali and Pablo Picasso to illustrate the Mouton Rothschild label.

He ran the Théâtre Pigalle from 1924 to 1931 and in 1934 produced one of the first masterpieces of the talking pictures, Lac aux Dames. A man of letters, he also translated works of English literature, such as the celebrated Poèmes élisabéthains, a collection of Elizabethan poetry distinguished by the Académie Française. His autobiography Vivre la Vigne bears witness to his literary talent.

A keen sportsman, he took part in many motor races, including the Monaco Grand Prix and Le Mans 24 hour race in a Bugatti. He was also an accomplished sailor who won the French regatta cup.